The Hotone Ampero & Me – a Metal Musician

A year ago I had never heard of the Hotone Ampero or even the Hotone brand. And now, since March 9th 2021, I’m officially a Hotone Artist. How did this happen? 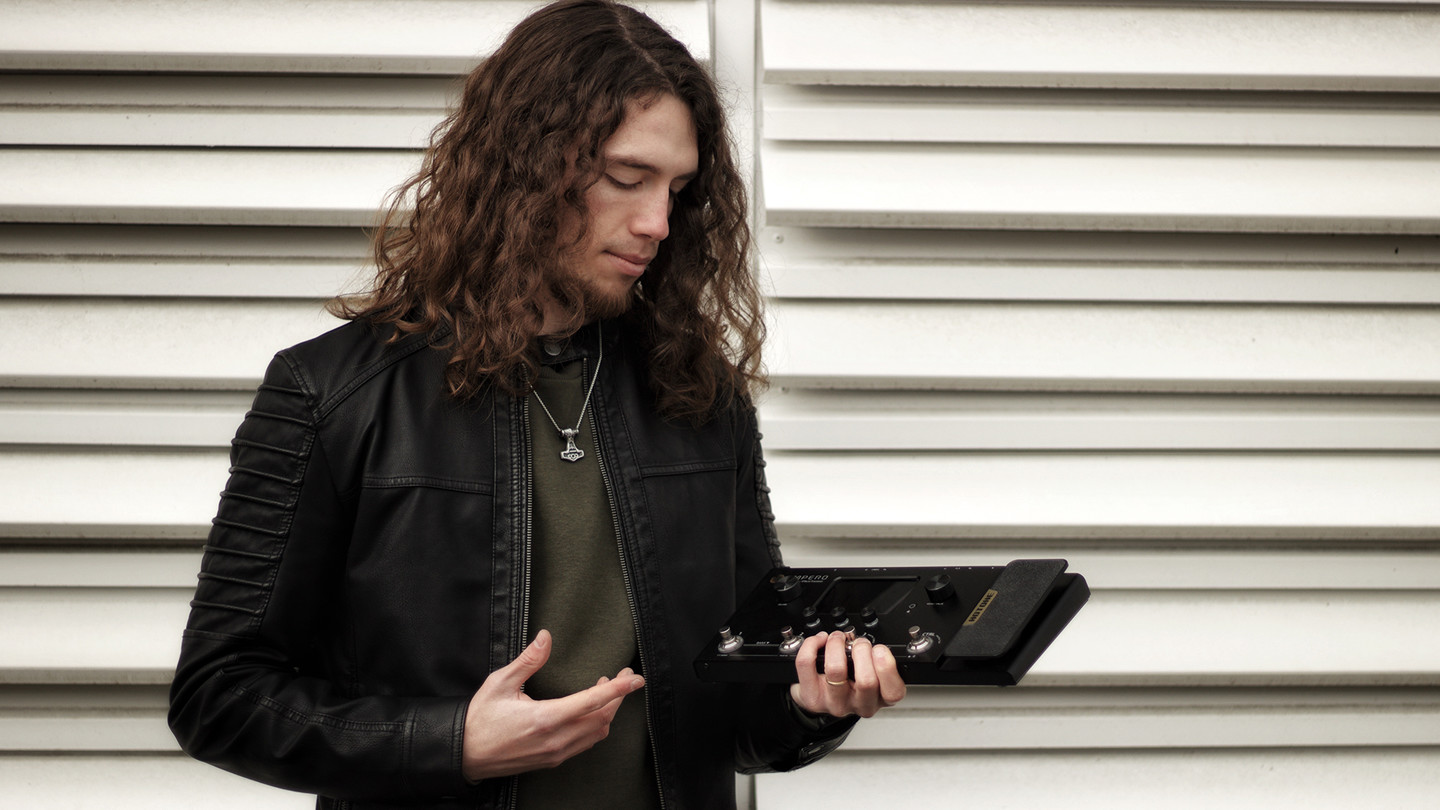 The first time I heard about the Hotone Ampero

I was at the Freak Guitar Camp 2020 when I first heard of the existence of the Ampero. Demetrio Scopelliti and I were talking about gear (because that’s what guitar players do) and he started talking about his live setup. Said set up consisted of his signature guitar and a modeller that “sounded killer, fit in the front pocket of his gig bag and cost less than 400€”. My first reaction to that statement was to be sceptical. I had tried other “very portable and very affordable” modellers in the past and always ended up being disappointed by their sound. But still, I was intrigued and decided to give the Ampero a try. 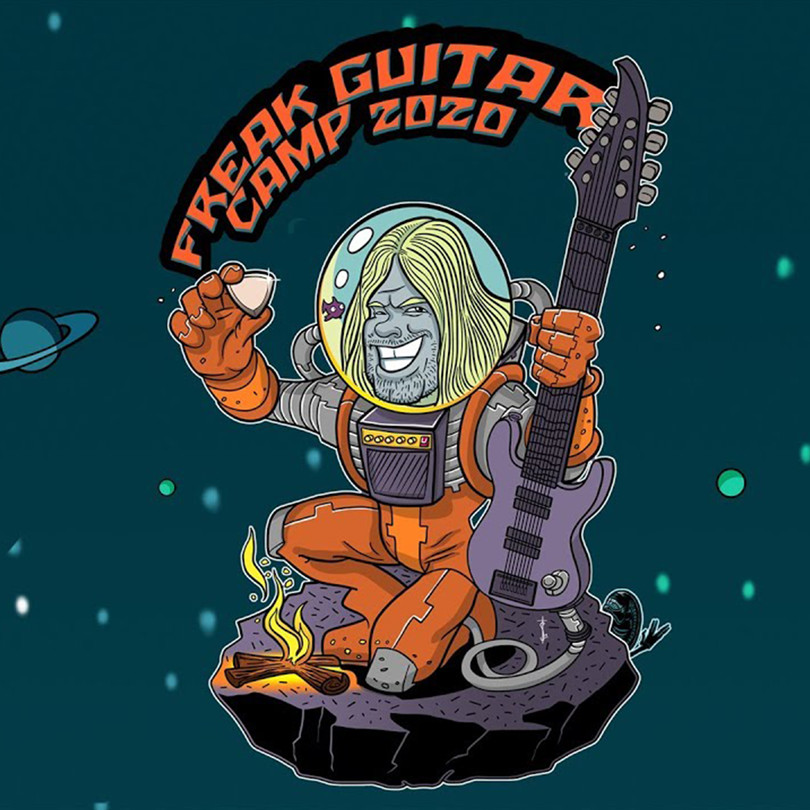 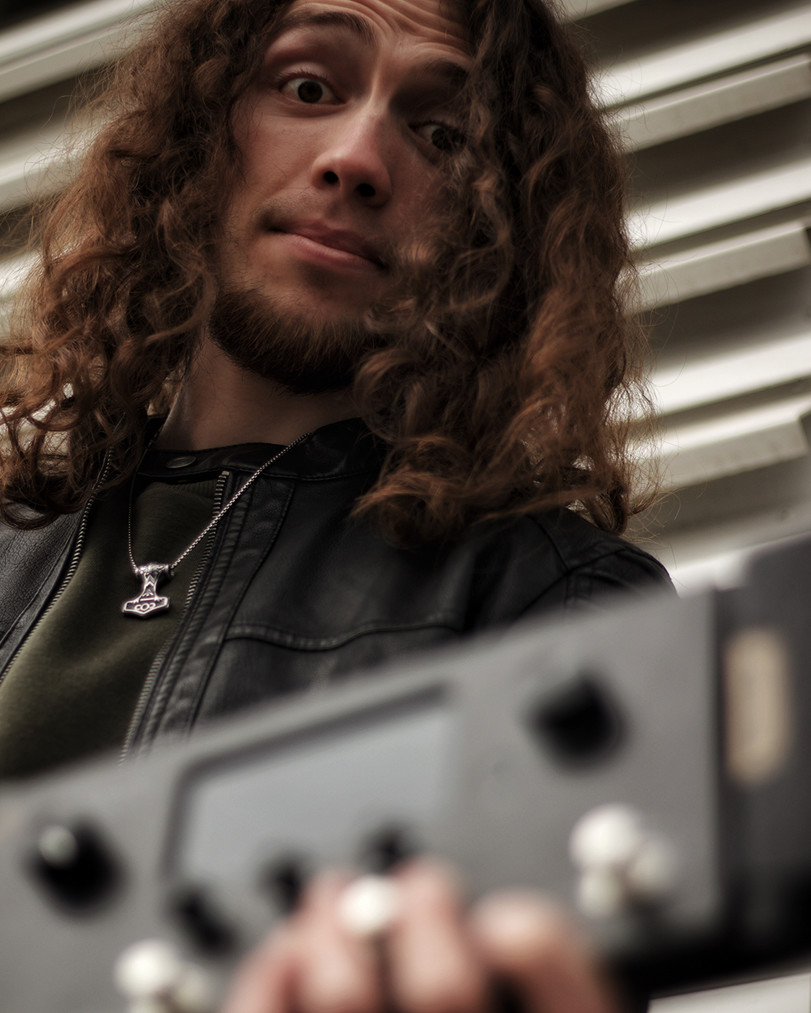 I purchased the Ampero without expecting too much from it. It would probably end up sounding like the rest of the modellers at its price range. In which case, it would be a good modeller to jam when on vacation. If it ended up being good enough for that, I would be happy with my purchase.

Once I got back home I finally got the chance to try the Ampero myself. It took me less than 5 minutes to come up with a sound that I enjoyed playing through! I did what I always do with a modeller : Start a preset from scratch. I chose an amp (EVH 5150 type) cab (EVH 4×12) but it had too many mids. I chose another amp (Rectifier style) and another cab (Mesa 4×12) but it was too bassy. Then tried the Rectifier style amp with the EVH cab and that was it!

Over the years, I’ve owned a Kemper profiler, Positive Grid’s Bias Amp, a Line 6 Helix, a Fractal AX8 and a Fractal Axe FX III and getting a good tone with all these units had always been a very long and frustrating process (some more than others). I’m not saying that the Ampero sounded better than any of these units from the get go. But its very intuitive layout and overall performance allowed for a very pleasing, fast and easy first experience.

Later down the line, I’ll compare the Ampero to some of the other units I’ve just mentioned. That being said, you can achieve great results with all these modellers. They all work in different ways and will be useful to different people. One thing is for sure, some of them have a big barrier to entry and the Ampero is not one of them.

Having that in mind, who is the Ampero for?

The very first thing that I loved about the Ampero, besides its ease of use, was its playing feel.

Describing a sound is always very complicated and describing a feel isn’t easy either. When playing through the Ampero I feel a very quick response, like a bounce that some of my previous modellers lacked. That responsiveness and organic feel, make for a very enjoyable and inspiring playing experience. If what you’re looking for is a very organic feeling modeller to play through and have a blast while doing it : the Hotone Ampero is for you.
Despite the lack of live shows in 2020, I got the chance to play a Livestream show with my band MikhMakh on November 1st 2020. At that point I had been using the Ampero for 3 months and I felt it would be a great way to test how the unit would feel in a “live” environment. Remember that organic feeling I talked about earlier? Imagine that at actual gigging volume in a good sounding room. It was a blast! And the funniest thing is that I played the entire 30min set using the preset I created when I first got my hands on the Ampero : Tube Screamer style pedal, Rectifier amp, EVH cab for rhythm and the same patch with delay and a bit of reverb for the solos. I used the “CTRL” switch to turn the Delay and Reverb ON and OFF seamlessly within the same preset (similar to how scenes or snapshots work on other units). I used my Dunlop Volume(X) pedal in front of the Ampero to get a “cleanish” sound out of it and it reacted great (disable the Noise Gate if you want to make sure there’s no weird cuts in the sound while using the volume pedal). If you want a straightforward modeller that sounds and feels great and fits in any gig bag (it fits in the front pocket of my Strandberg gig bag) : the Hotone Ampero is for you.

Now that we know how the Ampero can be useful at home and Live, let’s dive into a more obscure and scary environment : The Studio (read with a threatening voice heard from outside an old castle in the middle of the forest. Oh and it’s raining of course)
I’ve been recording myself for 3 years and actually taking mixing lessons and working on it seriously for less than 6 months. I feel pretty confident when it comes to guitar playing and performing live because I have experience in those realms. With producing and mixing : not so much. That being said, feel free to check out this Metal Demo I did for the Hotone Ampero using only stock features and a bit of mixing skills and see for yourselves : https://www.youtube.com/watch?v=8zXor-HAG-8&t=34s
Also, a few months ago, I decided to challenge myself : Would it be possible to record an entire song using only the Ampero?
That’s right, I decided to ignore my Fractal Axe FX III and work exclusively with the Ampero for all the guitars and bass sounds. I started the challenge with my playthrough of Soundcheck : https://www.youtube.com/watch?v=_f93ZFuSG1Q
I must say, I was really impressed by the result of the challenge and kept using the Ampero exclusively for many more videos.
Bear in mind that I’m primarily a Metal musician. What I need from the Hotone Ampero is a great High Gain Rhythm tone that reacts well to my volume pedal (for cleaner parts). Pretty straight forward metal needs that Hotone satisfies greatly. Also, it’s worth pointing out that the Hotone Ampero can serve as a USB audio interface. So if you need to record a great metal tone fast and easy : the Hotone Ampero is for you 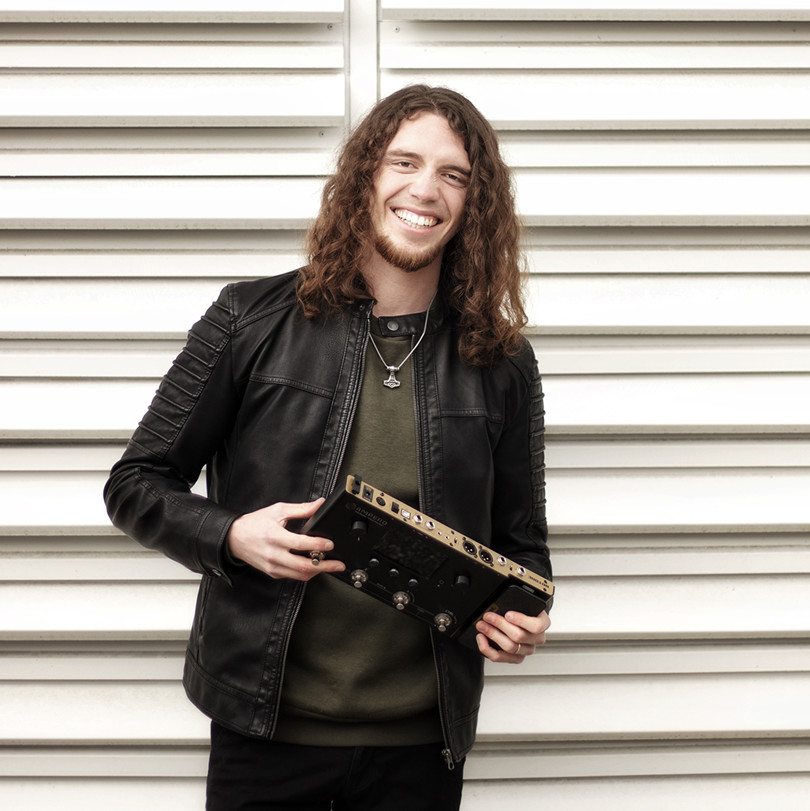 How did I start working with Hotone?

The Hotone Ampero had become a major part of my signal chain when rehearsing, playing live and recording. So I decided to talk to the Hotone people at the Guitar Summit Web Camp 2020. I sent them my Metal Demo of the Ampero and they really liked it. Since I was already using and loving the Ampero it seemed very natural to start working together. We met again (this time with the Head of Marketing) at Believe in Music NAMM 2020 where we talked about what we both were expecting from this collaboration. After that meeting I filmed this video : https://www.youtube.com/watch?v=NKClNRjBh0g
On March 9th 2021 Hotone officially welcomed me into the family and I became a Hotone Artist.

This site uses cookies. By continuing to browse the site, you are agreeing to our use of cookies.

We may request cookies to be set on your device. We use cookies to let us know when you visit our websites, how you interact with us, to enrich your user experience, and to customize your relationship with our website.

Click on the different category headings to find out more. You can also change some of your preferences. Note that blocking some types of cookies may impact your experience on our websites and the services we are able to offer.

These cookies are strictly necessary to provide you with services available through our website and to use some of its features.

Because these cookies are strictly necessary to deliver the website, you cannot refuse them without impacting how our site functions. You can block or delete them by changing your browser settings and force blocking all cookies on this website.

We also use different external services like Google Webfonts, Google Maps and external Video providers. Since these providers may collect personal data like your IP address we allow you to block them here. Please be aware that this might heavily reduce the functionality and appearance of our site. Changes will take effect once you reload the page.